Your top ten games Wiki
Register
Don't have an account?
Sign In
Advertisement
in: Awesome, Epic, Scary,
and 23 more

Daniella (You write her name in Japanese like this; ダニエラ [Daniera]) is the second stalker in Haunting Ground and is the cruelest. She is the first person (Besides Debilitas)

that Fiona meets. She meets her in the castle guestroon where she brings her some clothes, as if she knew about Fiona's arrival and stay at Belli Castle. She is the only female stalker and is the third female character (With Fiona and her mother Ayla) in the entire game. She tries to kill Fiona with a piece of broken glass or a hot fire poker (If you talk to her by a fireplace). It is also heard that she poisioned Fiona with soup she made for her. And if she can't find Fiona she will take out her anger on Hewie. It is said that she made the soup with Ayla, Fiona's mother. Also, when she gets the fire poker, she becomes more agressive and screams more, but, she also isn't as thourough with her searching when Fiona is hiding. It is also said that she shuts doors less frequently (Not confirmed). Daniella is also the only stalker that shuts doors behind her, which gets very annoying to the player. Fiona said that the soup she was making looked like angel hair pasta and Fiona's mother had very light blond hair that could be misteaken for angel hair pasta if it was in water. She listens to Riccardo and was seen being repeatitivly slapped by him because of his frustration. She saw Fiona and just smiled when she became aware of her looking through the key hole. She cannot feel pain, taste, have sexual intercourse, have emotion, or bear children. She is jealouce of Fiona having her Azoth. So, she begins to pursue her. Even though she has no clue how to get the Azoth out of Fiona, she just thinks if she is dead she can just take it from her corpse, which is possibly false due to the fact that she has no alchemy knowledge at all.

Areas around the castle:[]

Daniella stalks Fiona in a mansion, which is the only area she gets (Excluding the beginning of the level where she stalked her in Belli Castle.). Riccardo can also stalk Fiona there (That is if the player chooses to go back there.). Riccardo gets the most areas to stalk Fiona as well.

If Hewie attacks her and she can't feel pain, how does she get knocked out!?[]

Due to the fact that Daniella cannot feel pain, Hewie's attacks don't exactly hurt her. They just stop her from attacking Fiona and takes her attention away from her. Since blood spills from her everytime she gets hurt, she loses more and more blood. She begins to limp due to the fact that she is noticing her blood loss and is trying not to waste energy so she won't pass out. When she passes out, it's just from blood loss. Seconds later she will come back up and begin to pursue Fiona again.

Daniella has one of the most liked themes in the game. So, here it is, Daniella's theme, Something Lacking!;

And That's not all! The boss fight has a special remix of it, and here it is!:

Daniella in the surgeon's room.

Daniella after being slapped by Riccardo.

Daniella with her red-hot fire poker.

Daniella during the boss battle. 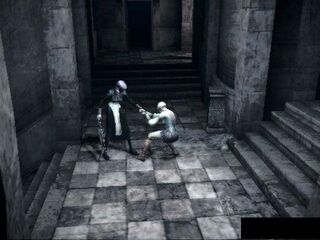 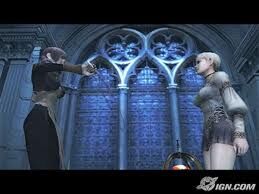 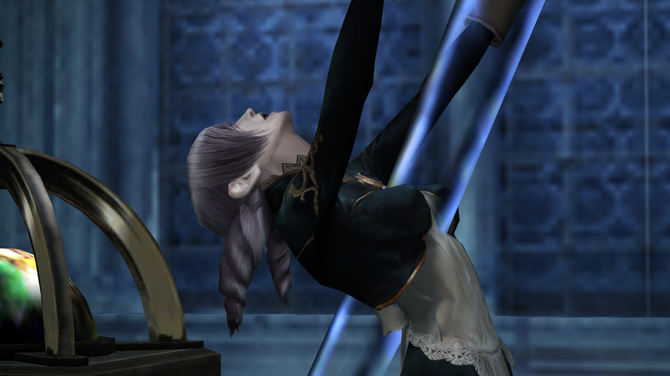 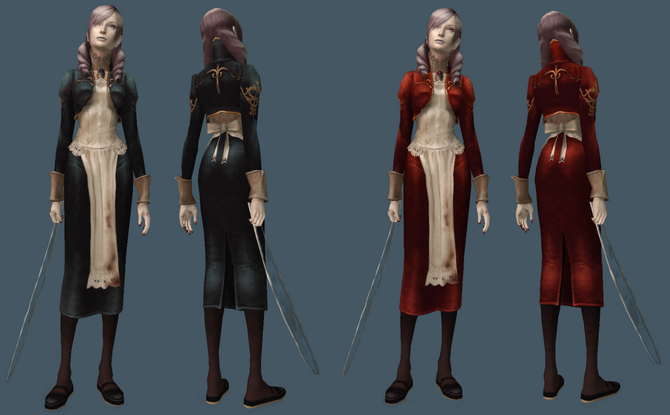 Oh why would Fiona tell Hewie to stop attacking!?

Daniella's cutscene before the boss battle.

It's hard to say I wanted her to die. She rocks.

Daniella's death after the boss battle.

Red is for Hard Mode and blue is for Normal Mode.

Community content is available under CC-BY-SA unless otherwise noted.