First parts of the game:[]

Haunting Ground (In Japanese it is spelled and said like this; たたりグラウンド [Tatari guraundo]) (Also known as Demento in European countries) was made by CAPCOM and published in 2005.

It is rated M for Mature and contains violence and gore. It starts off with the main character, 18-year-old Fiona Belli. Most of the stalkers want something from her. "What do they want?" you may be asking. They want something called Azoth, which Fiona has possesed from her father, Ugo. You may be totally confused right now. So was Fiona. In fact- she never even knew she had it. She has awaken in a cage and has found the lock dangling from the cell- unlocked. Quickly, she scrambled to get the lock off and she climbs out of the cage. An animal hiding from under a table with dripping blood jumps out and startles Fiona. She gets back up and finds a collar that says "Hewie". She then walks out and into the surrounding castle area, wearing a silky sheet. She then encounters Daniella, a maid, inside the main castle bedroom. She gives Fiona her clothes and tries to leave but Fiona stops her by asking where she is and why she's as Belli Castle. Daniella simply turn towards a painting and says; "Yes master. I will make sure she stays comfortable.". Fiona feels odd and gets a flashback of the car crash she was in. When she resumes reality, she realizes that Daniella is gone. Fiona is a calm girl that was going to a music and/or arts college before her crash. It is suggested that Fiona's parents, Ugo and Ayla were visiting Fiona while she was in college. When she encounters Debilitas, the first stalker in the game, she is walking down the corridor when a doll pops out of nowhere and frightens her. Debilitas walks to pick up the doll and sees Fiona, and begins to chase her. Debilitas, or most commonly reffered to "Debby", is a mentally disabled man who thinks Fiona is a walking, talking, breathing doll meant for him to play with. Based on his name, which means "Failed creation", it is thought that he was created by Lorenzo and was supposed to be a guard that was intellegent and was a good fighter, but, instead, he was mentally disabled and was just a "Giant with the mind of a child", as Fiona reffered to him. Later on, Fiona meets Daniella. After Fiona defeats Debilitas, and she tries to open one of the doors, Daniella comes out of nowhere and urges her to have dinner. It is believed that Daniella poisoned it, or cooked Fiona's mother inside. After she eats, she loses all of her energy and cannot run. Daniella awakens her and pursues her with a piece of broken glass. After killing Daniella, Riccardo pops up and pursues her with a flintlock pistol. After killing Riccardo by having him fall off a tower, Lorenzo crawls out of his wheel chair and chases Fiona. He changes forms though, old , young, and flaming skeleton.

In young version, he gains powers. Such as a blue flame that kills Fiona instantly once it hits her, teleporting, and making the ground under Fiona explode. The last version of him after he is pushed into a pit of lava, he comes out as a skelotine on fire.

What the stalkers want and why:[]

The stalkers want something from Fiona. They want something she inherited from her father, Ugo. He was Riccardo's brother and Lorenzo's son. Thus, making Riccardo Fiona's uncle and Lorenzo her grandpa. Fiona inherited Azoth from Ugo. Azoth is a life force that is what keeps your life span high. Using the power of alchemy, one can take Azoth and add it to their own to expand their life span- or so theorized in Haunting Ground with the hints of what Azoth might be. Daniella wants it to be "Complete." and be able to feel pain, bear children, have sexual intercorse, be able to taste, and experience emotion. Riccardo wants it because he wants Fiona to give birth to him all over again so he'll inherit her Azoth. Lorenzo wants it for his own selfish reasons. Debilitas only pursues Fiona because he thinks she is a doll that he can play with and beat up as much as he wants. Not because of the Azoth she inherited.

The first character is Fiona Belli. The main character and who you first control in the game.

The second character is Hewie, who helps Fiona attack the stalkers. Hewie is a White German Shepard (Or German Shepard or Stuffed Toy Oufit depending on what costume he wears). He is Fiona's only weapon. He is a big part in the game and is vital for progress.

The third character is the first stalker, Debilitas, or "Debby" for short. He is a mentally disabled man and thinks Fiona is a doll made for him to play with. He doesn't chase her for her Azoth, but because he is mentally disabled.

The fourth character is Daniella, the castle maid that cannot feel pain, taste, bear children, have sexual intercourse, or have emotion. She is beautiful to Fiona and she seems like no harm, but, she has signs of a mental issue like Obsession-compulsive disorder (OCD). She is jealouce of Fiona's Azoth and is why she tries to kill her.

The fourth character is Riccardo. Who is Fiona's uncle. He tries to kill her either with his flintlock pistol the first half, then, when Fiona becomes locked in the Water Tower, he becomes invisible and tries to strangle Fiona.

The fifth character is Lorenzo, who is Fiona's grandpa. Who crawls out of his wheel chair to try and kill her. He switches ages and becomes young lorenzo and tries to kill her with a blue flame, teleporting, and making the ground explode. After he falls in a pit of lava, he becomes a skelotine on fire and chases Fiona. He is a one-touch-kill in fire mode. After he is burnt out, Fiona may escape the castle. 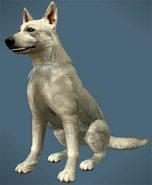 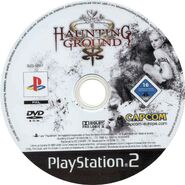 1/31
Community content is available under CC-BY-SA unless otherwise noted.