Your top ten games Wiki
Register
Don't have an account?
Sign In
Advertisement
in: Minecraft, Village, Block,
and 58 more

Minecraft is a sandbox-building computergame where everything is a block and the player spawns in a world with nothing but the player's hands and self. The player can punch down trees, and build houses. A crafting bench helps the player make things for the player's needed survival. It was created by a Swedish man named Markus "Notch" Perrson or, as most people call him, Notch, and by his company Mojang. In this 3-D world, the player can build almost anything in the game. Some people enjoy showing off their artistic skills with this game. But, when the player first starts the game, the player's first goal is to punch down trees, make wooden planks, make a crafting bench, gather supplies, get coal, make torches, and build a shelter out of anything they can get their virtural hands on before nightfall so the player may survive the mobs and monsters spawning from around the area to try and attack the player.

The gameplay in its release has two main modes; Survival, which requires players to get specific resources by themselves and maintain their health and hunger levels to an acceptible level; and Creative, where the player has an unlimited supply of resources, the ability to fly, and no bar health or hunger. Even though Creative mode sounds fun and easy, some players prefer survival due to the fact that it is more fun and makes things harder and adds a "scary" theme to the game. There is also a third gameplay mode, named Hardcore. Its basically the same as Survival, but the difficulty is locked on the hardest setting and respawning is disabled, so, if the player dies, they have to delete their world that they have built in. Creative Minecraft resembles the Classic one, but with many, many more features. There are features and mods added to the game quite often. Minecraft was released as an alpha on May 17, 2009, with a beta version on December 20, 2010. Official versions for iOS and Android have been released and the full version of the PC game was released on November 18, 2011 at MineCon 2011. On May 9, 2012, Minecraft was released on Xbox 360 as a live arcade game, it is co-developed by 4J Studios. As of May 25, 2012, the game has sold over six million sales on PC and over nine million copies across all platforms, which means it is very popular. Many people enjoy this game for it's thrills and fun with building things and making whatever the player desires.

There really aren't any rules at all. The only rules are for the player to just build whatever the player wants to and try to survive the mobs attacking. In survival mode the player has to get it's own supplies. In servers, the player cannot use any cheats such as X-Ray or Sneak. Even though in servers, it doesn't stop the player from being able to use it, it just doesn't want the player to use the cheats and hacks. The player also may not grief in servers as well or else it will result in ban if they catch the player.

Minecraft isn't only for one player at a time. In fact, 1,000s of players can be on a server. An online server can be connected with it's IP number to get on. In servers, the admin can give the player the ability to spawn items, and do other things like that. But, the player cannot use cheats, such as fly, X-ray, and speed tampering or anything like that or it can result in ban from a server once they catch the player. Also, greif is definetly not tolerated on servers and causes automatic ban once someone finds out who did it. The player cannot play Minecraft with another person unless he and/or she is on a server. Admins get to control what happens and what is built. Sadly, there is sometimes Admin Griefers, which are greifers that gain admin powers and raise havoc across the server.

The game involves a lot of left clicking and right clicking. In order to get in a minecart, push it, then right-click it. To get a block, the player must left-click it until it breaks, then, pick it up, and right-click to place it somewhere.To build something the player needs to get a block. The player can build many things, such as skyscrapers, statues, castles, kingdoms, or even towns or cities. Some people even built underwater cities or towns. Also, there are villages around so the player can either move in or steal their resorces.

Don't think that the player can only eat meat in this game. If the player is a vegetarian, this is a good thing for him and/or her. The player can farm many things. To farm wheat (Which its seeds are found by using the hoe to plow the grass and get seeds from it) the player must plow the ground by using a hoe and place the seeds there. The wheat plant has to be at least 4 blocks near water. Wheat can be used to make bread. Sugar canes on the other hand, have to be directly next to the water in order to grow. The only way that the player can grow sugar canes is by using the sugar canes itself to plant it. Sugar canes can be used to make things like cookies or cake.

NPC Villages are only avalible with the 1.8 version of Minecraft that is including the hunger bar with it. NPC villages are pre-spawned in Minecraft and are already made by COM villagers. NPC Villages can be found often and have a wishing well, farms, villagers, and houses. Some people steal the wheat from farms and take resorces from them and some people move in with the community of the village. Not all villages are the same. Some villages have shops inside where the player is able trade items for their village currency.

Griefing is a very bad thing that happens to many admins on servers if their server isn't protected. Big Brother is one of the protection systems for servers. It can let Admins rollback any damage done. Some people use cheats to grief, such as World Edit or Nuke. To hide their identities they use the cheat Sneak to make a random username such as "Unknown Player" or "Awesome guy" to prevent ban. It takes large skill and a computer whizz to grief without getting caught. One of the best griefing team is Team Avolution, which have a YouTube page showing videos on griefing. It is very easy to protect a server from getting griefed. The worst type of grief is when the player that is the admin of the server has no protection. If the griefing is extremely bad, it can cause an admin to have to delete his or her server and start a new one. Griefing is one of the worst things that can happen to an Admin. But, it is also a good thing. Some Admins are very mean and strict or force player to donate. Griefers can be good and bad. There are good griefers and bad griefers. Good griefers grief the ones who deserve it, like abusing Admin powers. Bad griefers grief the ones who are innocent and/or don't deserve it. There are Pros and Cons with Notch adding greifing cheats to Minecraft. The Pros are the fact that the good griefing teams may grief the ones who deserve it. The Cons are that the bad griefing teams may greif the ones who are completely innocent. It takes a Griefing Genius to be a Grade A Griefer.

Many people are passionate about their servers. Some people make villages, towns, cities, and underwater towns or cities. There are some spectacular servers out there. YouTube shows many of them, and the best servers are most likely to be protected. They even make statues sometimes of things like their favorite characters of a TV show or a person or monster from the game.

Sometimes, the admins even build rollercoasters in the servers.

Some people even build to see if they can make the best creations ever. Many admins hold a contest to see who can build the best statues, creations, homes, castles, or mansions in the server. The one who is the best gets a prize and gets a job as a builder for the server. Most well-made servers have beautiful towns and multiple neighborhoods and villages.

They are usually organised by byomes.

Some could be cold and snowy towns or neighborhoods, hot, dry desert towns and kingdoms, or grassy feilds with flowers and trees growing everywhere with a village, town, city, neighborhood, or kindgom.

A Byome is a type of season in an area or a type of weather. A snow Byome is an are covered in snow. A desert Byome is a hot area with cacti and sand everywhere. Many people are annoyed with the snow byome because they hate digging out the snow and having it be replaced by fresh snow, which is why many people avoid snow byomes. But, some people want a snowy town, so, they build it there. Byomes can set settings and themes for towns and neighborhoods.

A mod is like an expansion pack. For example, Mo Animals gives the player more of a variety of animals in Minecraft. The Zeppline mod gives the player the zeppline. There are also ones for bricks to change their looks. Many people download them to have a better time on Minecraft. Some people show off mods on Youtube and how they use them.

The Nether is an area the player cannot be reached until the player builds a portal out of obsideian and activates it with flint and steel. It is a dark area surrounded with netherrack, lava, and fire. Zombie pigman reside there and so do ghasts. The only reason the player would want to go there is for netherrack and Glowstone, which is stone that lights up. Many people like glowstone beca

use it lights up easily and can be placed inside roads and can be used for many things. It is very pretty when making buildings and putting it on the sides. Many people use it in artworks or statues to light them up at night. They are sometimes reffered to as "The Torch Block".

Some builders are compltely proffesionals. Building villages, towns, cities, neighborhoods, statues, underwater things, bases, secret areas, giant walls, mob traps, and so much more. There are also contests of which server is the best and which one is the prettiest.

A survival island is a server meant for someone to survive, but there are rules and it is kind of like a roleplay. For example, there could be a plane crash, bus crash, submarine crash, anything really. Most of the time the player is abandoned on an island and has to follow specific rules. If it is on an island, 99% of the time they aren't allowed in the water.

Here are some good tips in Minecraft that the player may find useful;

Here's some facts you may not have known about!;

Here's a gallery for you guys! 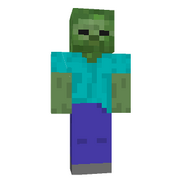 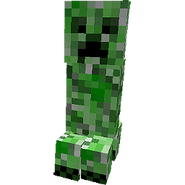 A village made in Minecraft.

A pretty Minecraft landscape with a house.

A Japanese Temple built in Minecraft.

A Minecraft arena for fighting other players.

A pretty minecraft home near a small lake.

A Golden Gate Bridge in Minecraft. 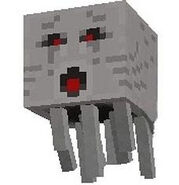 Here's a slideshow for everyone!:

1/33
Community content is available under CC-BY-SA unless otherwise noted.